During the preceding year there has been marked progress as regards the interest of the press in our movement. Although divers newspapers published short erroneous statements, our corrections were kindly accepted, and some of them also appeared in print. In most cases quotations from books or periodicals were involved. Direct attacks in the press did not occur. On the contrary, several journalists got in touch with the Assistant Committee on Publication in order to gather information regarding our movement. 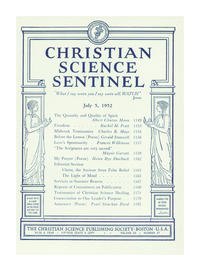