IN the eleventh chapter of Genesis is related the interesting story of the building of the tower of Babel. The Bible tells us that "the whole earth was of one language, and of one speech." As the people "journeyed from the east ... they found a plain in the land of Shinar." Here they decided to dwell and to build "a city and a tower, whose top may reach unto heaven." So they made brick, which they used for stone, and for mortar they substituted slime; and thus was the tower begun.

But this tower was to be built by the children of men whose understanding of God had not reached unto heaven. Therefore these people were not sufficiently equipped spiritually to prevent the suggestions of evil from motivating them. So they were scattered "abroad from thence upon the face of all the earth: and they left off to build the city." 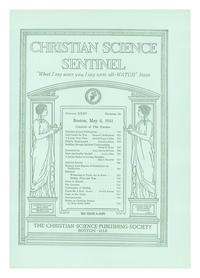