One of the greatest reservoir and stream regulating projects in the eastern states is now under consideration by New York State authorities. The project is for the construction of two dams, one at Conklingville on the Sacandaga River and the other at Tumblehead Falls on the Schroon River, both in the Adirondack Mountains. The purpose of the two reservoirs is to regulate the flow of the upper Hudson River so that the owners of water power on that stream shall have a steadier flow during the summer season. It is estimated that the power for private owners from the Conklingville dam will be increased from a minimum of about thirty thousand in the summer, at developed sites to nearly one hundred and forty thousand. The reservoir here would be a body of water about thirty miles long and in its widest parts five or six miles wide. In the Schroon River the reservoir would be about fifteen miles long and two miles wide. Sixteen villages now in the valleys of the two rivers would be submerged, while forty miles of state highway and eight miles of railroad would have to be relocated.

A conference was held lately in Glasgow under the auspices of the Scottish League for the Taxation of Land Values. A resolution was proposed condemning the waste of parliamentary time on futile measures like the small holdings colonies act, and repudiating experimenting with holdings on barren and remote land when thousands of acres of fertile and convenient land were practically idle. The resolution further declared that, as an essential precedent condition of success for any scheme of land settlement, Parliament must impose a tax on land values, and thus give practical expression to a policy which would open up land freely to agricultural production in all its branches, assuring greatly widened opportunities of employment, higher wages, and reduced cost of living. The taxation of land values would put an end to the dog in the manger system under which a man held land that he would not use and would not permit others to use. 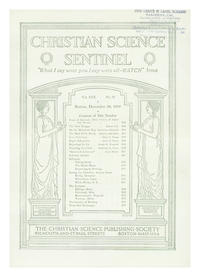