Construction of wooden passenger-cars for the railways of the United States has practically ceased, according to the report made at the annual convention of the National Association of Railway Commissioners recently by the committee on rails and equipment, of which C. C. McChord of the interstate commerce commission is chairman. The committee finds that 66 per cent of the 65,291 derailments in the ten years from 1904 to 1913, inclusive, were due to defective roadway and equipment. These derailments were the cause of 3,727 fatalities. Not only defects in steel but heavy wheel loads and high speeds are blamed for some of the breaking of rails or failure of rails in other respects. "There has been a noticeable increase from year to year in the loads to which rails and equipment have been subjected, and the increase is still going on," says the report. "In no other situation involving danger to life is material used with so slender a margin of safety, judging from the annual statistics of accidents. In comparison with other engineering uses of materials of construction, knowledge of the working stresses in railway materials is in a very backward state. No other service has furnished so extended a list of annual failures, which in part is attributed to this lack of information, nor would such an exhibit of failure be tolerated in any other branch of engineering. Many of these failures are believed to be of a preventable nature and, even in the light of present knowledge, could be guarded against."

Through new specifications for ax, sledge, adz, pick, and other handles made of hickory, the Panama canal authorities have recently purchased large quantities of this class of material for one fourth less than formerly paid, and at the same time are getting just as serviceable stock. The new rules are the result of a long study of the subject, covering exhaustive strength tests, investigations of the growth of hickory in the woods, processes of manufacture, and market conditions. Under the new specifications, handles are selected according to weight, as influenced by the density of the wood, and they now include material which may be either partly or wholly of heart-wood, known generally as red hickory. Red hickory was formerly discriminated against in commercial grading, but it is now accepted, since it has been found that weight for weight it is just as serviceable as the white hickory. 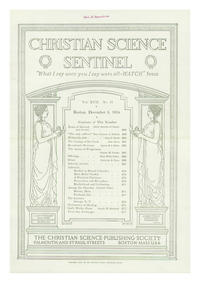