Approximately one thousand acres of wood and brush land in Hingham, Mass., are being posted with notices informing the public that a state reservation has been established and that no hunting or fishing is allowed. Mallard ducks and a few quail and partridges are about the only game on the area at this time, but the state fish and game commission is planning to stock it with pheasants, partridge, and quail next year. This land is set off for five years under the voluntary wishes of a number of citizens who jointly own the property. It is only under the control of the state commission, as the land still belongs to its individual owners. At the end of five years the fish and game restrictions are removed automatically unless extended another five years. The owners of the property are also restricted from hunting within the area. This action of the state commission is made possible by an act of 1911, whereby a closed season of five years may be ordered upon any land petitioned for by the owners and after a public hearing has been held. The commission has a number of other areas under consideration for reservations under the five-year provision.

The last big work across the river Nile was the raising of the Assouan dam, completed in 1912. By means of this undertaking, the capacity of the reservoir was more than doubled, and the supply of spring and summer water correspondingly increased. The total cost of the dam and the four barrages already built, has been about sixteen million pounds, but the value of the crops rendered possible by this means has fully justified this outlay. Preliminary work is now being done in connection with the two new cross-river structures in the Sudan. One of these is a barrage on the Blue Nile which will enable a perennial canal to irrigate a large area of cotton land to the south of Khartum. The other is a dam on the White Nile, a short distance above Khartum, which will form a reservoir to store flood water for further augmenting the spring and summer supply to Egypt. When the Blue Nile flood comes down, it backs up the waters of the White Nile for a distance of two hundred miles, and this is the water which will be impounded. 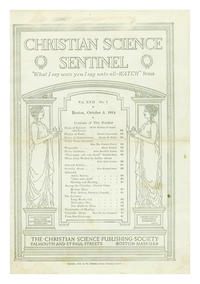