Herbert Knox Smith, commissioner of corporations, in a summary of his findings in the investigation of the lumber industry, shows these facts: The concentration of a dominating control of our standing timber in a comparatively few enormous holdings, steadily tending toward a central control of the lumber industry; vast speculative purchase and holding of timber land far in advance of any use thereof; an enormous increase in the value of this diminishing natural resource, with great profits to its owners. This value, by the very nature of standing timber, the holder neither created nor substantially enhances, "The past history and present status of our standing timber," he says, "drive home upon us the imperative necessity of revising our public policy for the future management of all our remaining natural resources. Only forty years ago at least three fourths of the timber now standing was (it is estimated) publicly owned. Now about four fifths of it is privately owned. The great bulk of it passed from the Government to private hands through enormous railroad, canal, and wagon road grants by the federal Government; direct Government sales in unlimited quantities at $1.25 an acre; certain public land laws, great tracts being assembled in spite of the legal requirements for small holdings. Such laws were wholly inappropriate to forest regions; but, though vigorously condemned in several purports, they are still largely in force. In theory, they are intended to distribute the public lands in small tracts as homes for freeholders. In fact, they actually furthered timber concentration in vast holdings."

In a speech during his recent western trip, President Taft said: "There are those conservative protectionists who hang back from an approval of this agreement [reciprocity with Canada], on the ground that it is a departure from the principles of protection and is the opening wedge to let in free trade. My own view is that no step could be taken more in the interest of a reasonable policy of protection than the approval of this treaty. The very existence of the policy depends upon our abolition of the tariff where it is not really needed under the principle of the last Republican platform. If we persist in retaining it in these times of high prices and gradually exhausting food supply, and base our retention on protection principles, we shall rouse an opposition that will know no moderation, and will not cease radical economic changes until it has removed from the statute-book the last trace of a protective tariff." 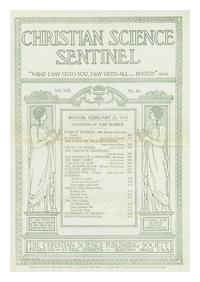