How Does the Spider Spin its Web?

Every observing country boy has noticed the wonderful feats of the spider in suspending his bridge from one point to another, high in air. My father often told us how he and his father, while crossing a bridge over the Merrimack River in Boscawen, N. H., early one morning, saw a spider's web extending clear across the river from one point direct to another, a distance that must have been at least two hundred and fifty or three hundred feet. The sun was just appearing over the tree-tops and shone upon the web, so that it was distinctly seen the entire length. They speculated how the spider could have spanned the stream with his web. Certainly the web could not have been strung by the help of the wind, which, nine times out of every ten, blows down the river in this locality. The prevailing winds in New Hampshire are from the northwest; and the river at this point flows from the northwest and runs southeast; the bluffs are quite high on each side, from which it follows that the east or west wind could not have blown strong enough at this point to have carried the web across.

Every open-eyed countryman knows that large spiders can walk on the water, or rather run. I have seen them frequently go so fast on the water that one could hardly see them. I have thrown them into the water many times, where the current was swift, to see how soon they would reach the shore. To any one not familiar with this insect it would be surprising to see how swiftly it can run over the water. 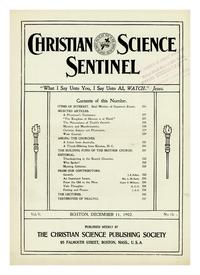