THE illimitable forests of yellow pine abounding in the State of Oregon, with their accessibility to through lines of transportation, suggested to a German from the forests of Thuringia the transfer of a lucrative business to the Pacific coast. In Germany the leaves never exceed two inches in length, while in Oregon they often exceed thirty inches, and average twenty. In the former country the forest laws are extremely strict and often prohibitive, obliging the maker of the product to use the dried leaves that have fallen to the ground and thus insuring an inferior and less effective quality of goods. In the western state denuding the yellow pine of its leaves has been encouraged, the expert of the forestry commission having pronounced the process beneficial. A tally kept of the weight gathered from a certain number of trees indicated that the crop taken in April weighed 650 pounds, while the same trees in October yielded 775 pounds.

Five hundred pounds is regarded as an average day's work. The leaves are picked into sacks and hurriedly sent to the factory. Exposure to the sun causes the leaves to wilt, and impairs the quality of the product. In picking, the thickest bunches of leaves are selected, and the scanty ones neglected. 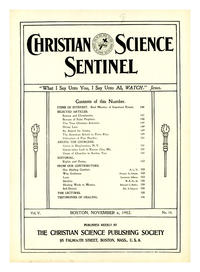