Adapted from an article published in The Christian Science Monitor, January 4, 2018.

In an annual Marist Poll, released last December, “fake news” ranked as the second-most annoying phrase Americans hear (“Whatever” is the perpetual winner). But however overused or misused the term has become, fake news isn’t likely to go away soon. Instead the questions “How do we spot it?” and “What can we do about it?” are likely to loom even larger.

Social networks such as Facebook and Twitter are pledging to police themselves more vigorously. Some countries, with strong concerns about the attempts of fake news to influence recent elections, are taking legislative action. 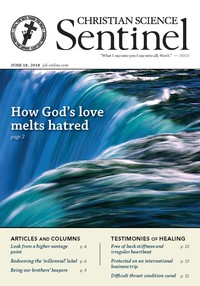