Right after college, I moved to another country. It was my first time in a busy metropolis and my first time taking public transportation during rush hour. On this particular day, the streetcar I was riding was so crowded that you literally couldn’t move in any direction or turn around.

A few minutes into my ride, I realized that I was being touched inappropriately. Because the train was so crowded, there was no way I could physically stop or escape the assault. I felt trapped and afraid. 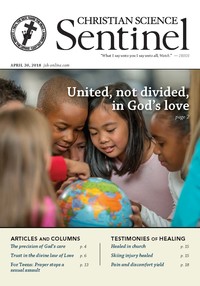