Adapted from an article published in The Christian Science Monitor, September 27, 2017.

Most nations are in a race for higher levels of innovation and none more so than Saudi Arabia. It is desperate for investments that tap its people’s talents for new industries, not its dwindling reserves of crude oil. But to do so, it must lift the mental limits that now hinder such innovation. And nothing has represented those limits more than an official ban on women driving.

Just six and a half years ago, one woman in Saudi Arabia was sentenced to ten lashes for violating the ban. But a lot has changed in the Gulf kingdom since then—the Arab Spring, women’s protests, and, most of all, a big drop in world oil prices. More than 70 percent of the population is under 30, with nearly a third of those unemployed. In 2016, the country’s de facto leader, Crown Prince Mohammad bin Salman, laid out a bold vision to reshape the conservative Islamic society. On Sept. 27, 2017, his government announced that the ban on female driving would be lifted, starting this year. 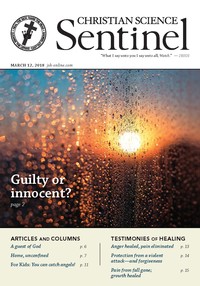