When rule of law rules the roost

Adapted from an article published in The Christian Science Monitor, October 23, 2016.

This past fall, one of South Africa’s most popular figures, Thuli Madonsela, ended her term as Public Prosecutor after seven years of taking on powerful figures—including President Jacob Zuma—for corruption. Her popularity stems in large part from a widespread hope in post-apartheid South Africa to not only give all citizens a democratic say in determining the laws but also to treat all people equally before the law, especially those in high office. “Meaningful freedom,” Ms. Madonsela once said, “is freedom from all corrupt practices in state affairs and private life.”

For her integrity in upholding rule of law and her courage in the face of threats, a restaurant chain, Nando’s, posted this ad about Ms. Madonsela: “Always the griller. Never the chicken.” More to the point, the country’s chief justice, Mogoeng Mogoeng, said her investigations “have probably discouraged multitudes from allowing greed to drive them down the wasteful expenditure or corruption lane.” 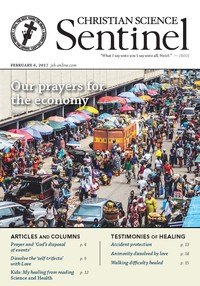