Trust the Shepherd to lead the way out of corruption

Daily we hear reports of corruption in government as leaders exploit resources and people for their own gain. In Afghanistan, decades of war left a government with almost no financial, administrative, accounting, or auditing procedures. With billions of dollars of aid flowing into the country after the fall of the Taliban in 2001, this was a recipe for corruption.

After the election in 2009, President Hamid Karzai appointed an anticorruption czar, Mohammad Yusin Osmani, but his efforts have not received enough support to make a serious difference. As The Christian Science Monitor reported, "Nearly a year into his job ... [Osmani's] group has only sent 15 cases to law enforcement agencies, resulting in just a handful of arrests" (Ben Arnoldy, "World's most corrupt nations? Afghanistan at No. 2," November 17, 2009). Since then Western governments have increased pressure on the Karzai government to become more transparent, but much more progress is needed.

Galen Goldsmith is a Bible scholar who at present is living in Cambridge, England, UK. 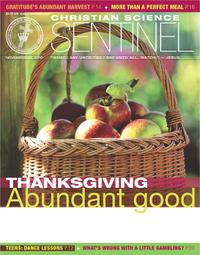