THERE WAS a sigh of relief in Arabic and German newspapers alike when late in 2009 a life sentence was given to the Russian-German murderer of Marwa El-Sherbini, a young Muslim woman from Egypt who was living in Germany. Muhamed Ciftci, a spokesman for the organizers of the demonstrations against racism during the trial said, "History, which we Germans should have learned better than anyone, has shown us where propaganda aimed against religious minorities can lead" (Richard Carter, "Marwa El-Sherbini's murderer gets life sentence," The Daily News Egypt, November 11, 2009).

The same week the Fort Hood shooting in the US showed another side of Islamophobia: Hundreds of Muslims went public to voice their fears of being lumped together with the offender. "In the aftermath of an American soldier's tragic outburst of violence at Fort Hood, Texas—the Army's largest US post, with some 40,000 troops—a fear-mongering hysteria concerning his supposed religious motivations is taking priority over questions regarding his mental health" (Wajahat Ali, "Fort Hood has enough victims already," The Gulf News, November 8, 2009). Islamophobia means discrimination, hatred, or dread of Islam or of Muslims. It's a phenomenon that rose in the US and in Europe in the aftermath of September 11, 2001. Tackling Islamo phobia means moving beyond labels and fears to find common ground. It doesn't mean people should overlook the threat that Islamist terrorism and hatred pose to the world. It doesn't play down the aggressive potential of individuals who justify their atrocious deeds with religious reasoning. It means to move beyond watching on the sidelines to helping individuals—frightened Christians, scared Muslims, nervous atheists, all the citizens of the world—find security.

Dr. Annette Kreutziger-Herr, professor of musicology and cultural studies, lives with her family in Berlin, Germany. 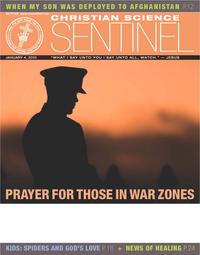