THE VALUE OF BEING RELIGIOUS

THE PROGRAM ON PUBLIC VALUES at Trinity College, Hartford, Connecticut, recently released a study in US News and World Report (March 16, 2009) that points out that the fastest growing segment in the American religious landscape is the nonreligious. The study examines in some degree why it is that more people are defining themselves as nonreligious. While some may consider themselves atheists or agnostics, the larger segment appears to have issues with what they perceive to be the practice of religion, rather than faith itself or belief in a Supreme Being. They point to attitudes such as "judgmentalism" and "triumphalism" (believing that your religion is superior to all others), or the various hypocrisies that evidence themselves in the scandals that have rocked some religions. Add to that the finding in the Pew Research Center's Forum on Religion and Public Life, that the majority of Americans hold a nondogmatic approach to faith (see http://religions.pewforum.org/ reports), and you get the sense that many are developing skepticism about what it means to be religious.

This, however, may turn out to be pretty healthy for religion. Self-examination, a practice at its very heart, may be exactly what religion needs to move to a higher practice. When all is said and done about what constitutes religion, might it not be about developing and learning to live by high ideals, ideals formed by the divine Principle, God? 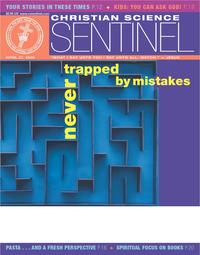