AS THE NUMBER of people sharing Planet Earth creeps up by the billions, the statistics involved can seem overwhelming. It took just 12 years for the global population to increase from five billion to six billion people, and future estimates put the world's population at ten billion within 30 years.

Fears associated with such large numbers are due to the concern that the resources required to sustain so many will run out. In "Overpopulation — The Population Explosion," (http://www. dieoff. org), authors Paul and Anne Ehrlich point out how overpopulation is often confused with population density. An area that isn't deemed densely populated — that is, where people are widely scattered — isn't seen as overpopulated, because people aren't squeezing into tight spaces together. That area could be just as overpopulated as a crowded city. "The key to understanding overpopulation," they explain, "is not population density but the numbers of people in an area relative to its resources and the capacity of the environment to sustain human activities..."

Send a comment to the editors
NEXT IN THIS ISSUE
Article
LOOK ANEW WHAT DO YOU SEE? 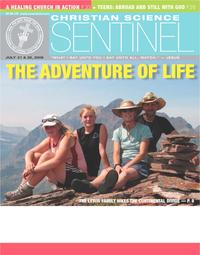