Let Love bring everyone— Tibetans and Chinese— to a better place

In March, Tibetan protests against perceived human rights abuses by the Chinese government initiated a period of unrest in Tibet. It swiftly spread to other areas, and then coalesced around the journey of the Olympic torch as it traveled the globe on its way to Beijing for the 2008 Summer Olympics.

In response to the potential for dangerous confrontations, the Sentinel asked several Christian Scientists in different parts of the world to describe how they're praying about the situation in Tibet and the protests there and elsewhere. 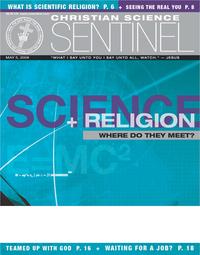