ADMIRAL JAMES STAVRIDIS, the current head of US Southern Command, aims to influence countries with ideas, rather than military might. According to The Christian Science Monitor, Stavridis has observed "a sea change"—a move from an emphasis on launching "global crusades to more restrained and humble [policymaking] " ("A US Military Leader on Holding Fire," July 3, 2007).

The Monitor article relates a wartime situation in which Stavridis had a quick decision to make: fire a missile, or wait and see. It was during the "tanker war" of the 1980s between Iran and Iraq—an Iranian aircraft was flying closer and closer to Stavridis's cruiser. Ultimately he chose to wait. The pilot flew away. "The incident comes back to me at times because," Stavridis says, "it tells you that, in the world we live in, it's good to hold back on the key sometimes." 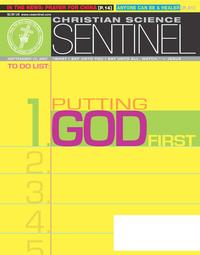