with contributions from Cathy Lynn Grossman

A NEW BOOK based on interviews from the PBS program Religion & Ethics News Weekly finds a spiritual hunger beneath the secular veneer of modern culture, with many searching for something beyond the material world.

The Life of Meaning (Seven Stories Press) was edited by the show's executive editor and host, Bob Abernethy, and longtime journalist William Bole. Essays in the book were drawn from interviews conducted by Abernethy, who founded the show ten years ago after four decades as an NBC correspondent, and by other Religion & Ethics News Weekly correspondents and producers. 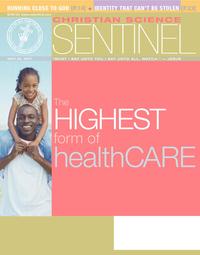