AN ESTIMATED 27 MILLION PEOPLE are living in slavery today. It's hard to imagine, but there are more people living in slavery today than at any other time in history. The irony is that this year marks the 200th Anniversary of the end of the slave trade in the British Empire, a historic event brought about by British politician, William Wilberforce, and a group of loyal friends. That group included John Newton, the slave trader turned songwriter who penned the popular hymn Amazing Grace. Together they took on the most powerful forces of their day to end the slave trade.

Today, in advance of the release of a film chronicling their heroic actions, another even larger group of abolitionists are once again mounting a campaign to end slavery once and for all. In the process, they're also inspiring people to consider how they can get involved in improving the world in other ways. The campaign culminates on Sunday, February 18, when thousands across the globe will celebrate AMAZING GRACE SUNDAY. ... Tens of thousands of people around the globe will cross racial and denominational divides to stand united against [slavery] by praying for freedom. 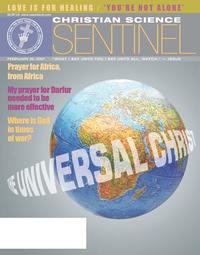