ON THE ROAD TO SOLVING POVERTY IN AFRICA

I was brought up in one of the slums of Nairobi, where my father worked as a cleaner for a milling company. Missionaries visited our neighborhood on several occasions to distribute alms. My family was regarded as poor by the standards of our village. We could not afford an iron-roofed house, although my father took us to school and fed his family well.

Yet, growing up, I had no confidence in my basic abilities. According to the general belief in our community, I could look forward only to a life of poverty. I lived in a polygamous home. My father had six wives, and my mother was the eldest woman of the six. Consequently, I am considered the "eldest son," being the first born of the eldest wife. Another common belief among many tribes in our region is that children born out of wedlock are lucky, but since I was born to married parents, I thought I could not be lucky in life. 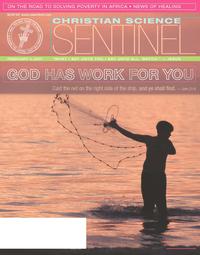