PRAY? NOT IN TV'S THE BOOK OF DANIEL

DON'T RELIGIOUSLY MINDED PEOPLE PRAY? The ones I know sure do. But apparently not in this Hollywood drama about a dad (who is also a Father) and his wildly diverse family. "Father" is Reverend Daniel Webster. But get ready for a new view of a preacher and his kids. An Episcopal priest (played intelligently by the fine actor Aidan Quinn), Father Webster and his family confront more moral/sociological/spiritual/psychological/sexual issues on any given day than a group therapy session at a rehab center.

Which is fine. It's life in the 21st century, right? Well, maybe. But what the writers propose as contemporary normal behavior in upper-middle-income suburbia plays more like . . . well, a TV show. I'm not saying that every family doesn't deal with all kinds of challenges, which might include one or two or three of this family's litany of concerns: alcoholism, prescription pill addiction, homosexuality, teenage drug dealing, marital infidelity, racism, Alzheimer's disease, teenage sex, Mafia pressure, strained relationships between generations, a deceased child, professional compromises, stress about career advancement, and . . . let's see, am I leaving anything out? Oh yes—and personal appearances by Jesus (seen by only one character). This Jesus wears Biblical-era garb, long hair, has a decidedly Aryan profile, and provides companionable support in modern language. But little in the way of insight. 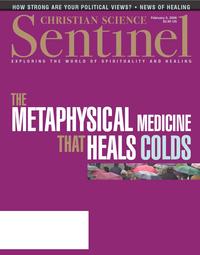