Anita Wilson is a British archivist who has been involved not only in recording history but in living it. In Hong Kong she was involved in the transfer of records at the time of the handover of the former British colony to China, and took part in the British farewell ceremony on June 30, 1997. She was awarded the Governor's Commendation for her work. She is now employed in the records management section of the Royal Household at Buckingham Palace in London.

Anita was interviewed for the Sentinel by Andrew Wilson, a freelance journalist who founded the Lakeland Press Agency and the Lakeland Echo newspaper in the English Lake District. He now lives in Morecambe, Lancashire. 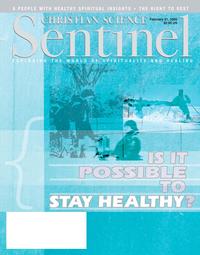