A recent episode of The West Wing, the popular American television series about presidential politics, posed an intriguing solution to ideological gridlock in Washington. The program's writers "created" two simultaneous vacancies on the nine-judge United States Supreme Court (after a fictional death and a retirement), named a liberal woman Chief Justice-elect, and filled the second vacancy with a man of solid conservative credentials.

As the credits rolled, TV watchers might have been expected to lean back and say, "If only things really worked out that smoothly in real-life politics." 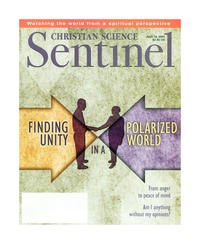