Welcome to the new world

When I was a little girl, I opened Life Magazine to see a picture of my dashingly handsome Uncle Vic in an advertisement for families to attend church. Alongside a blonde model, who was wearing a small white hat and short gloves, with a little blond boy and girl between them, my uncle knelt with his "family" in prayer before a stained glass window—the picture of Leave It to Beaver domesticity and Protestant traditionalism.

That picture of my uncle was a hoot, because he hadn't stepped inside a church to pray since his own childhood. But as false as that actual picture was, the idea it conveyed certainly conformed to the religious landscape of the United States prior to 1965: mostly northern and eastern European, Protestant, Catholic, or Jewish. 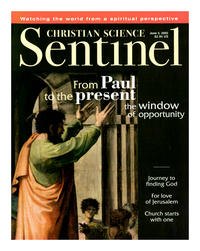