One small step out of terror

DURING THE SECOND WORLD WAR, my mother wound up living in London as a Jewish refugee fleeing Nazi Germany. She often told me of her admiration for the strength, courage, and humor of the British people while undergoing the blitz, especially during the times they spent literally underground, in the capital's tube—the subway stations of London that kept them safe during these devastating bombings.

I have never faced anything as intense as the Blitz. But a few years ago, as a Londoner, I lived through the Irish Republican Army's bombing campaign against Britain. I loved London, and I wasn't about to stay cooped up at home because of the malicious actions of a few. But bombs were regularly being planted on the transport system, including in the very Underground that my mum and others had fled to for refuge. I can still see myself, down in the tube station, thinking, "What if . . . ?" Terror is exactly the right word to describe what comes knocking at the door of thought in these circumstances.

Tony Lobl is currently back in London after working in the United States for several years. 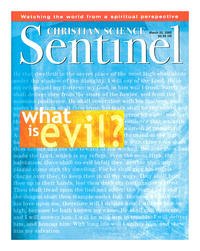