An interview with a Marine who's also a graphic designer

with contributions from Scott Wallace

When it was time to leave high school, Scott Wallace chose boot camp. Scott, who grew up in Colorado, found an untraditional place in which to develop himself spiritually, as well as professionally—the United States Marine Corps. Now finishing a degree in graphic design at Corcoran College of Art and Design, Washington, D.C., Scott is a corporal in the Marine Reserves with a lot to show for his 22 years. 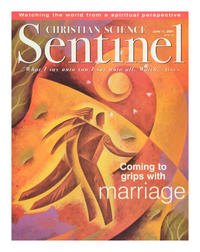