The many sounds of music

A conversation with composer, arranger, singer, and actor Désirée Goyette

IT'S HARD TO escape the feeling that Desiree Goyette's life would make a fascinating movie. In fact, she warned us, "You might find it hard to focus this article because I enjoy so many things—all of them related to creativity and spontaneity."

She is a composer, arranger, singer, and voice-over actor who is best known for her work on the Garfield and Peanuts animated television shows. She has been featured in many American television specials and talk shows, and in 1990 was invited to sing in Carnegie Hall, New York, in a fortieth anniversary tribute to the Peanuts comic strip. Her performances on various recordings have brought her two Grammy nominations. 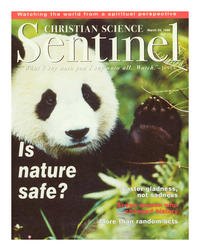