I am the oldest of eight children. Because I grew up admiring my mother and her occupation as a full-time mother, I wanted to be just like her. I always expected that I would get married, have as close to a dozen children as possible, and live happily ever after in a big, rambling house full of fingerpaints and tricycles. Not! Well, at least, not yet.

While still in my twenties, during a short-lived first marriage when I did not become pregnant right away, I began fertility testing and treatment. Tests were inconclusive, treatments ineffective, and divorce loomed on the horizon. Almost ten years later my current husband and I were still childless after numerous miscarriages. Later still, we were in the process of adopting a baby boy when his birth mother chose to parent him herself. At that point I thought I would never be a mother. 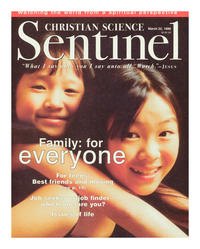