This week we talk about women and spirituality with Dr. Ursula King, professor and head of the Department of Theology and Religious Studies at the University of Bristol, England.

Dr. King has been in academic work for over thirty years. She studied philosophy and theology as they relate to women's issues well before the feminist movement became popular. She has written six books, including four on the French thinker Teilhard de Chardin, although she suspects that her study Women & Spirituality: Voices of Protest & Promise1 is probably the most widely read. She has also collaborated in the editing of six books.

Send a comment to the editors
NEXT IN THIS ISSUE
Article
Someone asked me to approve a membership application. What do I need to do? 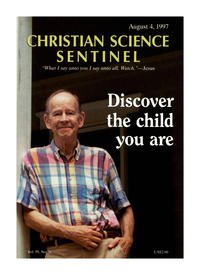