The three of us were buddies. But my two friends were allowed to have and to do things that I wasn't, and sometimes this bothered me. After all, we were the same age, we went to the same school, and I felt I should be able to do the same things. My two buddies were twins, and they had guns. They thought it was adventurous to aim at small animals in the fields and on telephone wires. I didn't want to shoot at animals, but I did want to shoot the guns. My parents had told me not to, though, to prevent me from hurting myself or anyone else.

One day the twins asked me if I wanted to try to aim and shoot at a piece of wood. We were behind a fence, and I decided that since no one could see me (particularly my parents), I would try it. 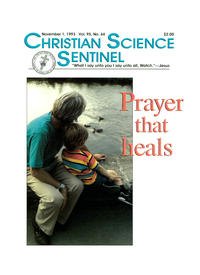