Being faithful to what we're entrusted with

Our most sacred trusts deserve and require a faithfulness that cannot be shaken or forsaken.

Across the street from my office is a modest house. It is the immaculately kept home of a woman who was entrusted with the monies of the parish. As bookkeeper she paid the bills, made deposits, and managed the financial affairs. Her fellow members were devastated when it came out that this hard-working and well-respected mother had stolen from the church accounts more than half a million dollars during an eighteen-month period. Authorities discovered that she had given almost every penny of the money to her son, who, in collusion with his wife, spent it on drugs, trips, cars, and extravagance of every sort.

This case has been instructive. It showed how love untempered with wisdom is vulnerable to manipulation. 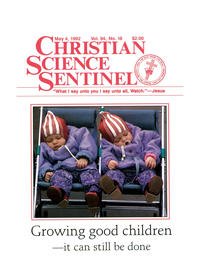