"The latest results from the 1989 Census (of churches in England) show that there are still more people leaving the churches than joining them.... The total number of churches known to the researchers and included in the 1989 Census fell by 662 since 1979....

"One thing I have noticed which warrants further thought is that churches usually look outward but declining churches look inward! The result of this in terms of numbers seems obvious. A church which is inward-looking is hardly likely to be able to counter the decline and grow numerically. It also seems obvious that in order to grow more, Christians need to look beyond themselves and share the good things they have with those who have not. The church is the one institution which was not formed for its own members but for those outside its ranks. 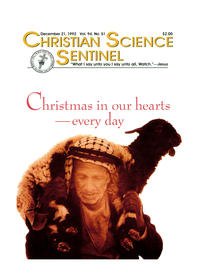