A faith that can't be crushed

Cyprus. A.D. 365. On this island in the Mediterranean, an earthquake strikes the Roman city of Kourion. The city is destroyed.

That event occurred a long time ago, and although Kourion virtually disappeared from the record of civilization after its destruction, now, more than sixteen centuries later, the ancient city has again been discovered. And the story of its people—their day-to-day lives, their struggles, and their faith—is being retold as archaeologists carefully uncover the city's ruins. 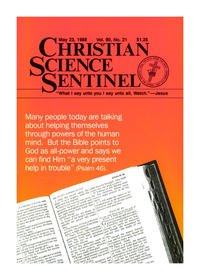