Martha and Mary and me

If Christ Jesus were in your neighborhood today, would you welcome him into your home? According to St. Luke, that's what hospitable Martha did in the village where she and her sister Mary lived. Martha gladly "received him into her house." Luke 10:38.

But Martha wasn't alone in the house. Her sister Mary was there too. According to custom, Jesus would have reclined on a couch while he ate and both women served him. One Bible commentator observes that "whereas Martha occupied herself with offering dish after dish ... Mary spent most of her time sitting behind Jesus, and listening to what he was saying." J. R. Dummelow, The One-Volume Bible Commentary (New York: The Macmillan Co., 1936), p. 752 . Before long, Martha complained to the Master, "Dost thou not care that my sister hath left me to serve alone?" And he replied with the familiar words "Martha, Martha, thou art careful and troubled about many things: but one thing is needful: and Mary hath chosen that good part, which shall not be taken away from her." Luke 10:40-42. Perhaps he was tenderly hinting that he was more honored by devout attention to his words than by an elaborate dinner. 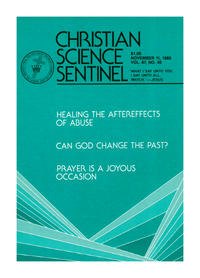