Let Them Try Their Wings!

While walking along a garden path, a woman was suddenly startled by a baby bird gliding closely past her. The mother bird was flying below the young bird as if to protect it from crashing to the ground. When the young bird was just a couple of feet from the ground, it started beating its wings and soared up and away.

The mother bird followed for just a short distance. It appeared as though she wanted to see how it got along on its own. The birdling kept right on. The mother bird stopped and lighted on the ground. She turned her back and hopped toward the tree from which they had started. Having let go of her offspring, she returned to her other duties in the nest. 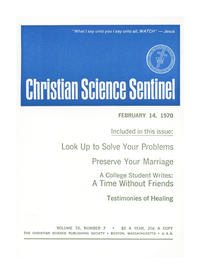