I was taking a rather boring train ride home for a vacation from college when an older man sat down next to me. From his first remark it was evident that he was going to be boring too, and the prospect of four hours of his company was excruciating.

Because I fancied myself something of an actor, I decided to play a part for him and, in my best English accent, told him I was a British sailor on leave (there was a war on) and that my ship had been torpedoed. I fabricated elaborate details about myself and my life aboard ship and in England. It was fun; it was a good role for me; I expect I even looked the part. 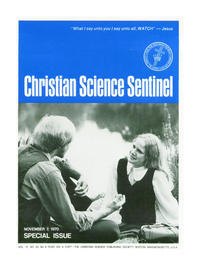