Paying "too much for the whistle"

Benjamin Franklin often recalled a folly of his boyhood that had brought him temporary chagrin but had also added to his permanent wisdom. Having been given some coins, young Ben hurried to the nearest toy store, anxious to spend them. But on the way he encountered a friend with a whistle, which he thought so desirable that he unhesitatingly traded every penny in his pocket for it.

However, Ben's pleasure was short-lived, for he soon learned he had paid four times too much for his purchase and could have received far more for his money. The lesson that he gave "too much for the whistle" Letter to Mme Brillon, 1779; remained with Ben Franklin all his days, and he thought of it whenever he saw a man sacrificing too much to gain popularity, wealth, possessions, and material pleasures. It became a golden scale by which he weighed his actions and maintained a right balance in his sense of values. 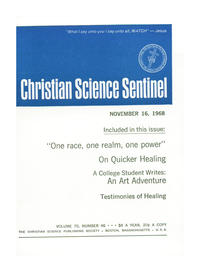