Ptolemy was the last of the celebrated scientists of the ancient world. Little is known of his life beyond the fact that he was a Greek who lived about the middle of the second century, A. D., in Alexandria, Egypt, then the meeting place of the East and West.

His most famous work is his compilation of ancient astronomical research and observations, to which he added his own. To this work, which consists of 13 books, he gave a Greek title, meaning the Collection; but in the Middle Ages the Arabs called it the Almagest, meaning the Greatest, and it is this title which has persisted. In this work Ptolemy rejected the theory of the revolution and rotation of the earth. Instead, he pictured the planets as moving around an immovable earth in the center of the heavens. This Ptolemaic system of astronomy was accepted by the Church and was taught for more than 1300 years. 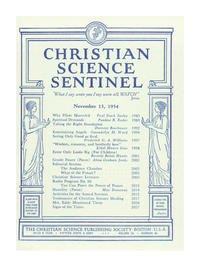