"Who's afraid of the big bad wolf?"

Terry and Rosanna had been to see the film about the wolf and the three little pigs. They had enjoyed it very much, and now back in the nursery they were talking about it.

"If I'd been the little pigs, I wouldn't have let the old wolf get me!" boasted Terry. "I'd have built a fine strong house like the clever one and kept him out." 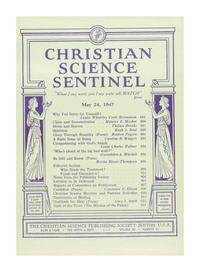