Equality among men and nations, individuals and races, has been sought by mankind throughout the ages in many and varied ways, both violent and peaceful, more recently through legislation, arbitration, and distribution of wealth. But equality can be established only on a mental basis, and qualities of character cannot be legislated. Equality does not come in the line of material possessions, or of arbitrary laws aimed to eliminate class distinctions. No sentimental emotion or sympathetic mesmerism can bring about an equality which does not exist in actuality of thought and conduct. Only through equal spiritual standards and ideals and acceptance of equal responsibility to maintain those ideals; only through intelligent love and patience with each other's failings, individual and racial, can equality be approached in human living. 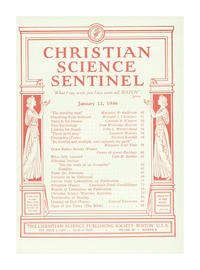