It is generally conceded that the law of mathematics is exacting. One of the most common forms of applied mathematics is that of accountancy, which, being an expression of mathematical law, necessarily cannot admit hypothetical factors. It must not be inferred from this that the values, comparisons, and other data produced by the accountant are always accurate; but an inaccurate financial statement does not disprove the perfection of the laws of accounting. The business-man knows that stated values may prove to be inaccurate; but such inaccuracies are due, not to any variableness in the laws underlying the relationships of figures, but to mistakes in the use of these laws.

So thoroughly is this understood in the business world that no sane person would think of accusing an accountant of narrow-mindedness for refusing to change the product of seven and four from twenty-eight to thirty. Products always represent a definite result obtained by applying the rule of addition or subtraction to units, since all forms of computation can be reduced to simple addition and subtraction. Seven sevens can never be more or less than forty-nine, whether we apply the rule of addition or of multiplication; the arrival at the same determinate result under all and every condition constitutes a mathematical fact. We can therefore assume with certainty that any definition of science must include the following factor,—namely, knowledge which admits of no change or variation. Dealing thus, as the accountant does, with invariable law, he should be lifted above the mental condition ordinarily denominated as broad-mindedness, and its opposite, narrow-mindedness. 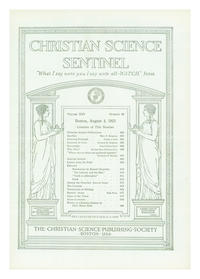