There are 530 miles of steam lines in operation in Venezuela. The average passengers rate is 6.57 cents a mile for first class and 4.6 cents for second class. All lines are narrow gage, the various widths being 3 feet 6 inches, 1 meter (39.37 inches), 3 feet, and 2 feet. With two expections all the roads are short lines from a port to a city or a populated district on the highlands not far from tidewater. Practically all the existing railways were built between 1881 and 1893 under Government subsidies with guaranties of interest upon the capital invested. This policy was greatly modified in 1892 and 1897, and as a result not a single mile of railroad was constructed. In 1912 the present law was passed, and in 1914 some extensions of existing lines were begun.

On several of the main roads traffic is lighter now than twenty-five years ago, and notwithstanding the fact that rail transportation is as costly as that by pack mule, scarcely any of the railway enterprises have earned a fair return upon the capital invested. The reasons for the conditions shown lie in the sparseness of the population and its distributions in a long, narrow strip of territory skirting the seaboard, which leads to the building of unconnected lines with short hauls, in the moderate producing and consuming power of the people, and in the general refusal of the lines to grant low rates for commodities of small value. 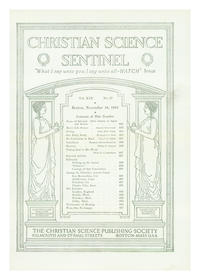