The Bourne-Lewis parcels post plan goes into effect Jan. 1, 1913, so far as the establishment of the parcels post rates and zones are concerned, and Postmaster-General Hitchcock will endeavor to have the details worked out by that time. Under this legislation it is provided that hereafter fourth class mail matter shall embrace all other matter, including farm and factory products, not now embraced by law in either the first, second, or third class, not exceeding eleven pounds in weight, not greater in size than seventy-two inches in length and girth combined, nor in form likely to injure the person of any postal employee or damage the mail equipment or other mail matter, and not of a character perishable within a period reasonably required for transportation and delivery.

Recent legislation by the people of Oklahoma has created the position of public defender, whose duty it will be to right wrongs, to protect the helpless, to prosecute in the courts those who are trying to take advantage of the weak and the ignorant. Through the public defender the wronged or threatened man can enter the courts, and at small expense he can see that justice is done. The publicity thus given to attempted rascality will defer men from schemes into which they might enter were they not afraid of exposure and prosecution. 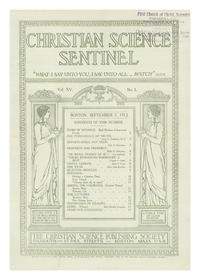