The Illinois supreme court, in the case of the state against the Illinois Central railroad in the endeavor to recover back taxes, holds that the charter agreement of 1851, under which the railroad was to pay the state five per cent of its gross earnings, is a contract, and that the five per cent is not a tax in the legal sense. The court holds that all interstate commerce business of the road, as well as income from eating-houses, express business of charter lines as well as the trunk lines, form the principal on which the five per cent shall be paid to the state. In the matter of back taxes the court holds against the state, which sought to recover its percentage since 1877. On this point the court says that governors previous to Governor Deneen accepted the accounts of the railroads and the payments made by the road without question, and that therefore accounts prior to 1905 are outlawed. Under this ruling the fifteen million dollars which the state sought from the Illinois Central dwindles, roughly estimated, to about one million dollars. From 1905 the court lays down the rule for accounting by which the state, it is estimated, will receive two million dollars revenue annually from the road, instead of one million dollars or less, as at present.

A territory larger than the entire state of Delaware, or the island of Porto Rico, lying in the state of Kentucky, is the prize at stake in the supreme court of the United States. Owing to the carelessness with which Virginia is said to have issued grants just after the Revolutionary War to the unsurveyed and little-known land in what is now eastern Kentucky, the greatest confusion has resulted as to the true owners of land in the twenty eastern counties of that commonwealth. Kentucky, it is said, did little better during the first years of her history. In all about two million five hundred thousand acres of land are reputed to lie under the doubtful title. 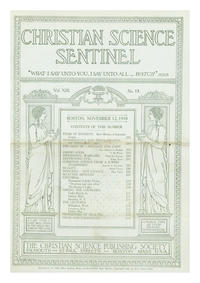