The first step to enlist the college students of the Nation, as a body, in the peace cause, was taken two years ago at the Lake Mohonk Conference on International Arbitration. A committee of several prominent educators and college presidents was then appointed to inaugurate and further the work among the colleges and universities of the country. This committee, whose chairman was Dr. Daniel C. Gilman, ex-president of Johns Hopkins, has been instrumental in forming peace societies in several colleges, and through his efforts prizes for essays, courses of lectures on the subject, and peace meetings have been provided in other colleges. As a result of the work of this committee the Intercollegiate Peace Association of the Middle West was organized in 1905. This Association now number thirty-two institutions in its membership, and recently held a large and representative convention at the University of Cincinnati, Ohio. In connection with the National Peace Congress in New York, this spring, representatives from the eastern colleges met at Columbia University under the auspices of its Peace Society, and an Intercollegiate Peace Committee was created to further the movement among the colleges of the East. A resolution was also passed by the National Peace Congress, providing for the appointment by that body of a committee on colleges. 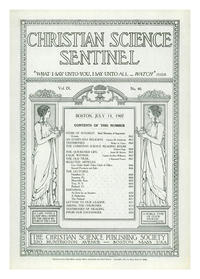