It is stated that the Armstrong Committee, which has been investigating insurance matters in New York State, will, among its recommendations, include the following:—

That policyholders have an effective voice in the government of the companies; that there be full publicity to the policyholders in regard to the management of the companies' affairs; that a uniform system of audits and accounts be prescribed by the State Insurance Department; that policies be limited to certain standard forms; that policies be safeguarded further than at present against forfeiture; that deferred divident policies be either prohibited or greatly restricted; that the companies be obliged to make ab quitable distribution of the surplus to policyholders at stated periods; that the companies make a greater proportion of their investments in real estate bonds and mortgages; that the control of subsidiary companies be prohibited; that investments in corporate bonds be regulated so as to prevent speculation and lossed in attempts to float doubtful enterprises; that deposits with or loans to moneyed corporations be suitably restricted; that the discretion of the directors be subject to judicial and administrative review. 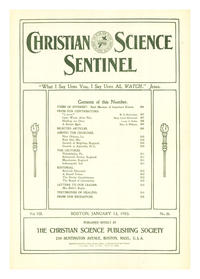