The eleventh session of the National Irrigation Congress was held at Ogden, Utah, last week. Delegates were present from eleven States west of the Mississippi River, representing the State and municipal governments and many commercial organizations. Among the speakers were United States Senators and the governors of half a dozen western States. Secretary Wilson said in his address:—

"It is estimated that about six hundred thousand acres of land at present under irrigation in the western United States are lying idle solely because they contain too much alkali to permit paying crops being produced. Whenever practicable, it is advisable to reclaim land of this character by washing and drainage. Nevertheless, in much of this land and that which may be irrigated in the future, the establishment of a proper drainage system could not be profitably undertaken under existing conditions. The question is, Can anything else be done with such land? To answer this query, the Bureau of Plant Industry is endeavoring to secure crops suitable for cultivation in alkali soils. Other parts of the world, where the alkali problem is a serious one, are being explored with a view to importing such of their useful plants as endure a large amount of these harmful salts. As a result. seed of resistant alfalfa has been obtained from Algeria and Turkestan, cotton from Egypt for trial in the warmer parts of the Southwest, and promising varieties of wheat and barley from various countries of the Old World. Resistant fruit-trees, such as the date palm and the pistache, have also been imported." 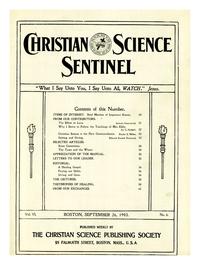