What has often surprised the Chinese and other easterns is that the western world should profess a religion which is the absolute negation of their whole tone of mind and manner of life. They glorify force; their religion tells them not to glorify force. They make the gaining of wealth their principal and absorbing pursuit; their religion tells them that the love of money is the root of all evil, and that the rich man has the scantiest possible chance of entering the kingdom of heaven. Goethe has said that a man's philosophy is often the supplement of his character; in other words, all that he cannot put into his life he puts into his philosophy. Something of the same kind would seem to be true of the western nations and their religion. The sum of the matter seems to be that, where we thought we had everything to teach and nothing to learn, we find that we have much to learn—perhaps quite as much as we have to teach. We have a civilization of our own, but it is not a universal civilization; it is a steam-engine civilization. We have yet to learn the civilization that deals primarily with the heart and intellect, the civilization that truly, not only professedly and conventionally, esteems the life as more than meat and the body as more than raiment. 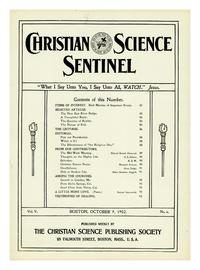