Cleaning up our ‘issues’ through Christ

Ann Atwater, an African American grass-roots activist and subject of the movie The Best of Enemies, found herself in 1971 as the co-chair of a ten-day series of meetings in Durham, North Carolina, with the goal of reducing school violence and ensuring peaceful school desegregation. Her partner in doing this would be none other than the local president of the Ku Klux Klan, C. P. Ellis.

As you might expect, at first Atwater and Ellis were pitted against each other, each openly expressing their contempt and hatred for the other’s race. But as they realized what they had in common—mainly a deep desire for a school system that was safe and peaceful for children—they learned how to put their differences aside and work together. The unlikely duo became lasting friends, bringing the beginnings of reconciliation to their community while at the same time experiencing a softening of their own hearts. 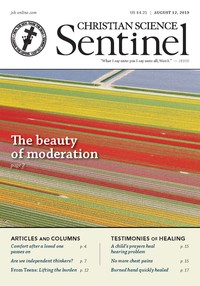